An inflator explosion may result in sharp metal fragments striking the driver or other occupants resulting in serious injury or death.

Mazda North American Operations (Mazda) is recalling certain 2003-2008 Mazda6, 2004-2005 MPV, 2004 RX-8, and 2006-2007 Mazdaspeed6 vehicles. These vehicles had their passenger frontal air bag inflators previously replaced under a prior recall using inflators of the same design. The inflators may explode due to propellant degradation occurring after long-term exposure to high absolute humidity, temperature and temperature cycling.

Check if your Mazda has a Recall

Dealers are to replace the passenger frontal air bag inflator of the affected subject vehicles and
the affected vehicles will display Not Launched in eMDCS today, November 4th , 2019. As
parts are available for all vehicles in DIRS. dealers can perform the repair if a customer
requests it even in Not Launched status.

Customers affected by this recall are scheduled to be notified by first class mail no later than
December 16, 2019 and will be asked to make an appointment with a Mazda dealer to have the
passenger frontal air bag inflator replaced with a permanent remedy part for recall 1317F and
2618F.

The National Traffic and Motor Vehicle Safety Act prohibits the delivery of any subject
vehicle without performing the necessary repair for defects or failures. Failure to perform
applicable recalls before delivery can result in extensive dealer fines and penalties from
the Federal Government. Therefore, you must complete this recall for all affected vehicles in
your inventory prior to delivery.

To help you effectively perform this recall, Mazda has developed the following resources:

1. Repair Procedures and Parts and Warranty information will post on MGSS (Mazda Global
Service Support) websites via MXConnect as soon as possible, hopefully by November 7, 2019.

3. Vehicles will display in eMDCS as “Not Launched” on November 4, 2019. Once Parts and
Repair procedures are posted, claims can be input into eMDCS however, repairs MUST be
completed as parts are available and can be completed on customer vehicles that exhibit
the condition or that cannot wait.

Please make certain the appropriate personnel in your dealership are aware of these resources and
are familiar with the details of this recall before responding to customer inquiries.

We apologize for any inconvenience this recall may cause you and your
customers. Your understanding and support in carrying out this campaign is greatly appreciated.

Protect What is Important to You
Mazda North American Operations Sincerely,

The Office of Defects Investigation (ODI) opened PE14-016 in June 2014 based on six inflator rupture incidents involving consumer owned vehicles produced by five vehicle manufacturers. All six vehicles were operated in Florida or Puerto Rico at the time of the rupture and for the majority of their service life, and were equipped with inflators produced by Takata, a tier-one supplier of automotive air bag systems.

During the course of PE14-016, ODI determined that five additional vehicle manufacturers used inflators of a similar design and vintage also supplied by Takata. No evidence of field failures was found in vehicles produced by these five additional manufacturers. Nonetheless, at ODI’s insistence, all 10 vehicle manufacturers initiated a regional recall within approximately two weeks of the opening of the investigation. The regions recalled initially included Florida, Puerto Rico, Hawaii, and the U.S. Virgin Islands, areas with high absolute humidity and climatic conditions believed to be a significant factor in the inflator ruptures. As part of the recall actions, inflators removed from remedied vehicles are to be returned to Takata for testing.

The investigation now includes all manufacturers and vehicles known to be affected at this time. ODI’s investigation will focus on, among other things, root cause analysis, other potential defect consequences, identification of affected vehicles scope, and adequacy of the remedy. 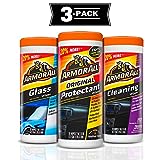 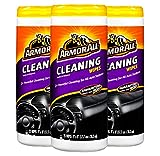 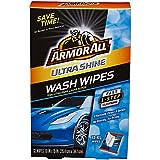